A god of gaming kicked out of is seat and reduced to a night manager at an internet cafe.

Chinese anime usually compared to Sao but done well. It follows a game called Glory a fighting game which offers quests, area bosses, hidden bosses but most prevalent is the pvp aspect which has a cult following. Ye Xiu is one of the best players of Glory is forced to retire, he wanders into an internet cafe on the eve of the tenth servers release. Ye Xiu dive’s into the tenth server and soon makes starts to claim the first kill on many floor bosses . This creates waves with the major guilds all trying to deduce who his identity is. During his adventures he encounters an eccentric bunch whom he precedes to take under his wing. With Season two releasesing july 2019 now is a great time to check it out if you haven’t already. Unfortunately its been taken down on YouTube 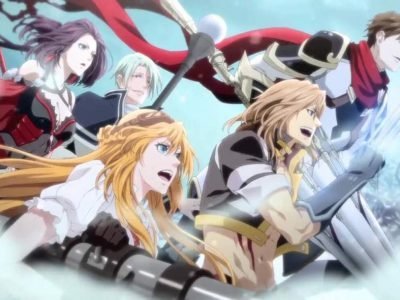 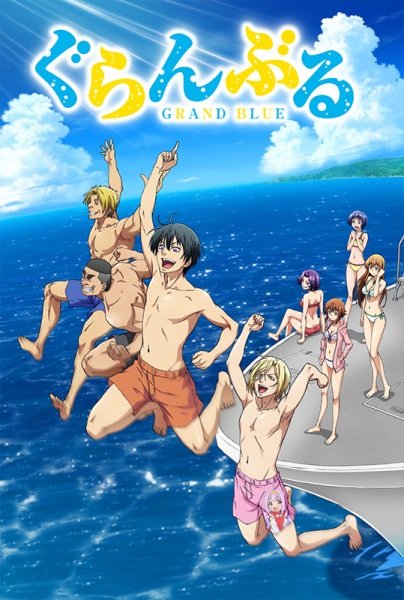 I don’t see a lot of people talking about Grand blue even though I found it to be the funniest anime of 2018. Seriously I was of the floor laughing every episode. It could’ve been because it was an Amazon Prime exclusive and not a lot of people use prime for Anime. I think my favorite parts of the anime is that it about first year college students that get forced to join the scuba diving club ( manly Iori and Kohei). They only go scuba diving twice in the anime and I think 5/6 times in the manga, the main character got their ages increased to 21(in the anime) from 17 (in the manga)for all the drinking that happens. The interaction between the characters feels so natural.

If you want to read grand blue click the link below.

Amazon prime or pirates it some ware

An isekai where the protagonist is send to another world not to be a hero but because a contract that his parents made with the goddess of that world. Makoto Misumi a archery loving high schooler with extremely good/bad luck depending on your point of view. Tsukuyomi apears to send him to the other world and a bromance was formed. The goddess(Bug) summoned two other people aside from Makoto to act as heroes. She then proceeds to discard Makoto to the edge of the world with the inability to speak the common language and only being able to speak to monsters. For the simple fact that he is ugly, Follow Makoto on his journey to survive in another world without his cellphone.

Does he procure slaves?

Can he punch that Bug in the face?

Find out next time on……

I’ve always wanted to do one of those dragon ball meme like thing. Haha

But in all seriousness it is related to the story. If you wish to read the manga or light novel click the links down below.